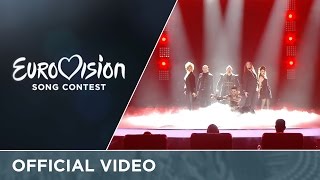 We are back with the Throwback Thursday Articles, and today we'll take a look at the first part of the entries that withdrew before the contest! Romania 2016: Ovidiu Anton - Moment Of Silence Romania selected the song "Moment Of Silence" through the selection process Selecția Națională 2016. However due to repeated non payment of debts totalling CHF 16 million, the EBU removed TVR from all member services, including the withdrawal in the Eurovision Song Contest in 2016. Ovidi

#throwbackthursday | Countries of the past - part two

Several weeks ago we had a look on 4 countries that participated in the past, but not in 2020. Now we will take a look at the 5 remaining countries. Turkey: Turkey Participated 34 times between 1975 and 2012, and they won the contest once, in 2003, when singer Sertab Erener sang her song ‘Everyway that I can’, bringing the 2004 contest to Istanbul. Turkey came close to victory in 1997 and 2010, placing 3rd and 2nd respectively. In 2012 the country made their last appearance w

#ThrowbackThursday | Countries of the past - part one

Today we will be taking a look back in time on some of the countries that have participated in the past, but not will not be present in Rotterdam for this year's edition of the contest. Today we will have a look on four of the 9 countries that have had a singer on the Eurovision stage, and next week we will look at the other 5. Morocco So far Morocco is the only country that has participated in Eurovision only once. In 1980 singer Samira Bensaïd sang her song 'Bitaqat hub' in