Daði Freyr, Iceland's entrant for Eurovision 2020 has found his way in the United Kingdom's charts with his song, "Think About Things," moving up to number 34 out of 100. But the Icelandic musician isn't the only Eurovision artist to make it into the UK's top 100 charts. The song was played on BBC Radio 1, with DJ Scott Mills (who also provides commentary for the BBC at the Eurovision Semi Finals) thinking that the song would have won, and describing it as a banger, saying th

The British broadcaster BBC have announced that they will celebrate Eurovision in their own way. They are promising us that we are going to see content across TV, Radio and on social media. It's going to be a night of special programmes celebrating this year's contest on BBC One, revisiting classic moments will be aired on BBC Two and a host of specially themed programmes and treats from the archives can be enjoyed on BBC Radio 2. So there will be alot of content for us all t

It's been a busy week in Eurovision world, and it's only going to get busier with the second Super Saturday of this season coming up on February 29th! So let's see what's been happening this past week in the world of Eurovision. Tom Leeb has been confirmed as the tenth act for the London Eurovision Party on Sunday March 29th. He joins Samanta Tīna, Blas Cantó, Arilena Ara, Vincent Bueno, The Roop and Victoria, as well as Sieneke who represented The Netherlands in 2010 and Mic

Michael Rice will be representing the United Kingdom in Eurovision 2019 with the entry "Bigger Than Us" and over the weekend he announced he shall perform his entry on Croatian television this forthcoming weekend. Michael took to social media last night to announce he will singing as a guest performer on the Croatian television show "Zvijezde Pjevaju" the show is a unique format where a celebrity is paired with a famous musician and perform each week, with one duo being elimi 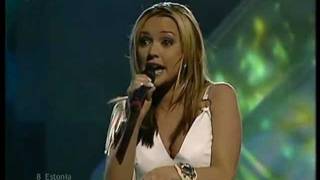 United Kingdom | Sahlene will be a backing vocalist for Michael Rice

Anna Sahlene, more commonly known as just Sahlene, will be joining the United Kingdom's Michael Rice on stage in Tel Aviv! She confirmed the news on her official Facebook page (as you can see above) and on her Instagram account. Sahlene's first appearance at Eurovision came in 1999 when she was a backing vocalist for Charlotte Nilsson, who went on to win the contest and give Sweden it's fourth win (at the time). She has also provided backing vocals for Dami Im in 2016, who fi

This morning after many weeks of eager anticipation, the BBC finally announced the six artists who shall be competing in the forthcoming national selection show Eurovision: You Decide, the songs that shall be competing with to get to Tel Aviv were announced also. In a unique twist, there are only three songs for the six acts, meaning each song will be performed by two acts, in conflicting different styles, on the night the acts will have to go head to head with the artist wit

Lindsay Dracass was propelled into the limelight and global media attention when at the age of just 16, she was selected to represent the United Kingdom at the 2001 Eurovision Song Contest with the ahead-of-its-time ‘No Dream Impossible’ which went on to place 15th in Copenhagen. 17 years later, and after impressing audiences over the Summer at events including Stockholm Pride and Eurostarz, she’s back better than ever with her new single ‘Not Mine’ – which was released on No

Since representing the United Kingdom earlier this year, singer/songwriter SuRie has been keeping very busy! First she set out on a national tour titled 'Eurovision: Unplugged' where she impressed audiences across the country singing Eurovision classics both new and old. She's currently on her 'Scrapbook' tour and as somebody who went to the London show back in September I would thoroughly recommend going to see her in Maidstone on November 24th if you're able to get there! E

News from the United Kingdom today, as it has been confirmed that Mel Giedroyc will be back to host the United Kingdom's Eurovision national final, 'Eurovision: You Decide 2019'. Whilst presenting her radio show on 'Magic Radio' , the television presenter confirmed that she would indeed be fronting the national final, which is currently in its fourth year. No official news on when the final will be held, but it is expected to follow previous years where it is in later Januar

At the start of the year, it was confirmed that one half of United Kingdom's head of delegation, Guy Freeman, was leaving his Eurovision role. Guy, who was the head of delegation when the UK last won in 1997 with Katrina and the Waves, returned to the BBC in 2014 and oversaw an experimental phase for national selections over the past couple of years - ranging from internal selections of song submissions and utilisation of BBC Music Introducing to national selection format 'Eu
1
23