Following a streak of poor results for Montenegro, who last qualified for the final in 2015 with 'Adio' by Knez, Montenegrin broadcaster RTCG has thrown doubt on the country participating in next years Eurovision Song Contest hosted in Israel by releasing a statement that they are "yet to decide" whether they will participate or not. After two years of not qualifying with internal selections in 2016 and 2017, with Highway and Slavko Kalezić respectively, RTCG instead decided

It's been a busy 18 months for Belarusian folk group Naviband as after representing Belarus in the 2017 Eurovision Song Contest (coming 17th with their song 'Historyja Majho Zyccia (Story of my Life)') they have repeatedly released fantastic music, from 'Biažy' to 'A Dzie Žyvieš Ty?'. Last month we also reported that the married couple that head up the group announced the birth of their first son, Matsei. Now the group have released their new single 'Youth in your Pocket' (Mo

Karl William Lund Announces He Is Songwriting For Eurovision 2019

He burst onto the Eurovision stage back in 2016, when he tried to represent the United Kingdom with his self penned song "Miracle" but just days after Eurovision 2018 has come to an end, Karl William Lund has announced today via his social media he has begun writing songs for Eurovision 2019. Karl, 31 also entered the 1in360 competition in an attempt to represent San Marino in Eurovision in 2018, all we know at this stage is the songwriter is purely writing music, we however

Andra Chansen was a celebration

As always, the Second Chance in Melodifestivalen had some fierce duels. And we on Eurovoxx are living for the excitement! Duel 1 Margaret - Moncho Thr first duel was all about pure joy and having a great time. Party til mañana or dansa hårt som fan, join Margaret to her Cabana or grab a Cuba Libre at Moncho's? Cheers! Sweden wanted to dance with Margaret, who got very emotional when she got the spot in in the grand final in Stockholm. Duel 2 Renaida - Olivia Eliasson They bro

Saara’s 3rd song, Queens, is out and we couldn’t be any more excited! Now we can compare and speculate which one is THE ONE for Saara and Finland. Queens starts off with an Alice in Wonderland feel, bringing the listener into a mood of mystique but yet full of light. The chorus however, takes you from the wonderland into a different landscape where you are invited to be one of the queens of a new nation. The video (watch it here) is in like Saara, not a dull moment. With (at

Will Saara bring her monsters to Eurovision?

All week Saara Aalto has teased her fans all week with snippets, lyrics and pictures on her social media about her new song Monsters. It is her first of three UMK songs, and a possible Eurovision song. On the 3rd of March we will know if Monsters is the one for Finland and Saara. In an earlier released video (on UMK’s youtube account) Saara talks about her thoughts on her new song. For her it is personal and empowering, even if there is a dark tone to it. The fears, the mon

The Eurovision season is well underway, with several confirmed artists revealed. Tonight was all about France who opted to find their representative through their national final, 'Destination Eurovision'. The country chose duo Madame Monsieur and their touching song "Mercy" to represent the country in Lisbon. After the eight acts performed their entries the audience was treated to a nail-biting results show with the leaderboard changing after every vote. After the internat

Since 2016, Poland has used their National Final "Krajowe Eliminacije" to select their entrant for the Eurovision Song Contest and 2018 will be no exception. Marking the third time in a row the Polish broadcaster has opted for a national final, details released regarding the date and time the event will take place - March 3rd 2018. After returning to the international song contest in 2014, taking leave for two years, Poland has intermixed using internal selections and nation

After 9 years, Serbian broadcaster RTS, Radio Televizija Srbije, confirmed the return of their illustrious national final event "Beovizija" a few days ago and following the release of the 17 competing acts, has now given further details towards the show. Beovizija was used as the selection event for Serbia in choosing their entry for the 2007, 2008 and 2009 contests ending on a rather unfortunate non-qualification in the 54th edition of the contest held in Moscow, Russia. S 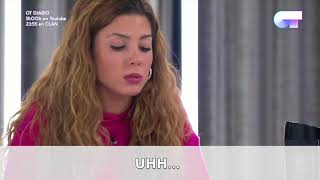 Spain | First Look At The 9 Competing Songs For Spain

After yesterday's Operación Triunfo's gala, in which some of the Spanish Eurovision news were revealed, TVE hosted this afternoon a special edition focused on the nine competing songs. Before we break them to you, we have to take a few things into consideration. The following videos show the artists hearing the song for the first few times, learning the structure and the lyrics along some quite stripped down demos, some of them not specially over produced. We will still need
131415
16
17