Belgium's 2017 representative at Eurovision, Blanche, won both fan and critical acclaim with her Eurovision track 'City Lights' which finished in a fantastic fourth position. After a long wait for fans, a few weeks ago Blanche released her follow-up single 'Wrong Turn' and now the smooth indie pop song has a music video! Blanche has stuck to the unique sound we all fell in love with last year in Kyiv for her self-penned single 'Wrong Turn', bringing her smooth, electro-influe

One wouldn't generally associate a Hollywood A-lister with Eurovision, but this is all set to change. The man responsible for Anchorman and Elf, to name a couple of his films, has recently stated that he is to co-write along with Andrew Steele a feature film, called 'Eurovision- The Movie' which is set to be produced, and aired by Netflix. Will Ferrell has stated that the genre will be comedy which is something he is most famous for, and it looks like Eurovision will be set

Eleni may have just narrowly missed out on winning the Eurovision crown, but Cyprus' number one performer is currently setting Europe on fire. The Greek artist has started off her summer tour, and it has kicked off in style. The talented singer has already performed her first shows in Limassol, but also in mainland Europe too, where she performed in Barcelona three days ago. Since her Eurovision performance in May, the young singer has not stopped, as she has been seen singi

Former Junior Eurovision singer Bella Paige has finished second in The Voice Australia 2018, the final of which took place earlier today. Bella lost out to Sam Perry in a show where more than one million votes were cast, a record number of votes for any single show in the seven-year history of The Voice Australia. Both Bella and Sam were mentored throughout the live shows by former Destiny's Child singer, Kelly Rowland. Bella has previously participated in The Voice Kids Aust

Image courtesy of ruv.is It's all over the news, the World Cup 2018 started last Thursday in Russia and Iceland just played their first game today against Argentina that ended in a in a 1-1 draw. It was a stressful and exciting game for all the Icelandic fans as to how can they win against Argentina who have Lionel Messi; but there was no need to worry for the Icelanders as their main goalkeeper, Hannes Þór Halldórsson, took matters into his own hands and defended a penalty s

Life is "Way Too Fast" for Brendan Murray

Ireland's Eurovision 2017 singer Brendan Murray has released a new single called 'Way Too Fast'. The song is available on Spotify and Apple Music. The latest release for the singer from Galway in Ireland follows up his Eurovision song 'Dying To Try', which was both his maiden solo single and the song that he failed to take Ireland to the Eurovision Grand Final with in Kyiv in 2017, finishing 13th in semi-final 2 with 86 points. You can check out his new single and accompany 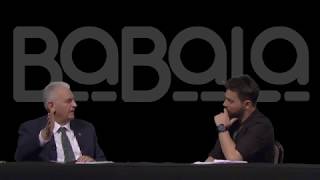 Talking on a live TV show this evening, the Prime Minister of Turkey, Binali Yıldırım, spoke about Eurovision, about many other things. He answered several questions regarding Turkey's participation in Eurovision and also gave his opinions about this years contest in Lisbon. Controversy over Israel's win: During the TV show, the Prime Minister was asked about his thought's on this years contest, and in particular, about Israel's win. He went on to accuse the EBU of making cha

Back in December 2017 we learned that Common Linnets singer Ilse DeLange, of Netherlands 2014 fame, was to join the cast of US hit show 'Nashville', and now fans of the show have had the pleasure of hearing her perform 'Love Goes On' on the show. The song was originally released on The Common Linnets self-titled 2014 album and despite never being released formally as a single, went on to reach 13th in the Dutch music charts. (Lionsgate) "Nashville", airing its final season th

Wales Confirms Participation For Eurovision Choir Of The Year 2019

Although Europe has to wait another year for Eurovision Choir of The Year, the welsh national broadcaster for Wales, S4C, has today confirmed that they intend to compete at next years competition. The broadcaster has also stated that they intend to chose their next participant through a televised show. Although, part of the UK, Wales seem to be going it alone, and doing well at the competition. last month, S4C announced that they would debut at the Junior Eurovision 2018, a

Ireland will be competing at the Junior Eurovision Song Contest for the 4th time this year in Minsk, Belarus. The country made its JESC-debut in 2015 in Sofia, Bulgaria, and have been participating ever since. This year is no exception, confirms Irish broadcaster TG4, who have also launched their JESC 2018 Selection Process yesterday, June 14th. The Irish aspiring JESC-performers have to be aged 9-14 years old and they have from now until July 23rd to apply to represent their
12
3
45

Check back soon
Once posts are published, you’ll see them here.